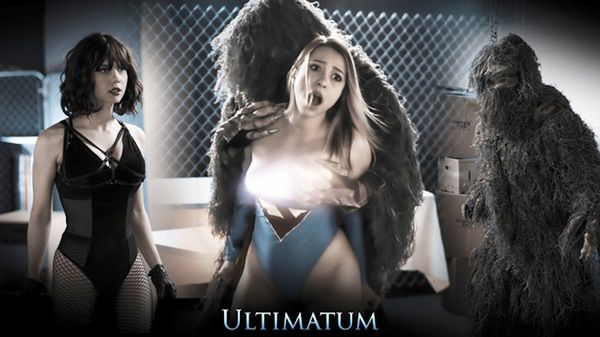 Solaria is investigating an illegal laboratory when she is confronted by none other than Lena Luthor. This is not the first time the two have faced off and Solaria has delivered humiliating defeats to Luthor on multiple occasions. This time is different. Lena forces Solaria to participate in 3 challenges, threatening to release a toxin into the water supply if she doesn’t comply.
The first is a mutated creature that feeds on kryptonian DNA while simultaneously releasing an aphrodisiac pheromone. If she’s able to defeat the monster, she’ll then have to face off against Patient 0 and Patient 1, two test subjects from Lena’s failed program which attempted to modify and enhance humans through DNA alteration. Finally, if she survives, Lena herself will face-off with a special device that predicts Solaria’s fight moves, giving Lena the advantage. Lena is further prepared just in case Solaria manages through everything with a surprise Solaria can’t possibly defend against. Find out how Solaria fares as she realizes she’s in way over her head.